Designing a Catch Basin for Your Utility Room 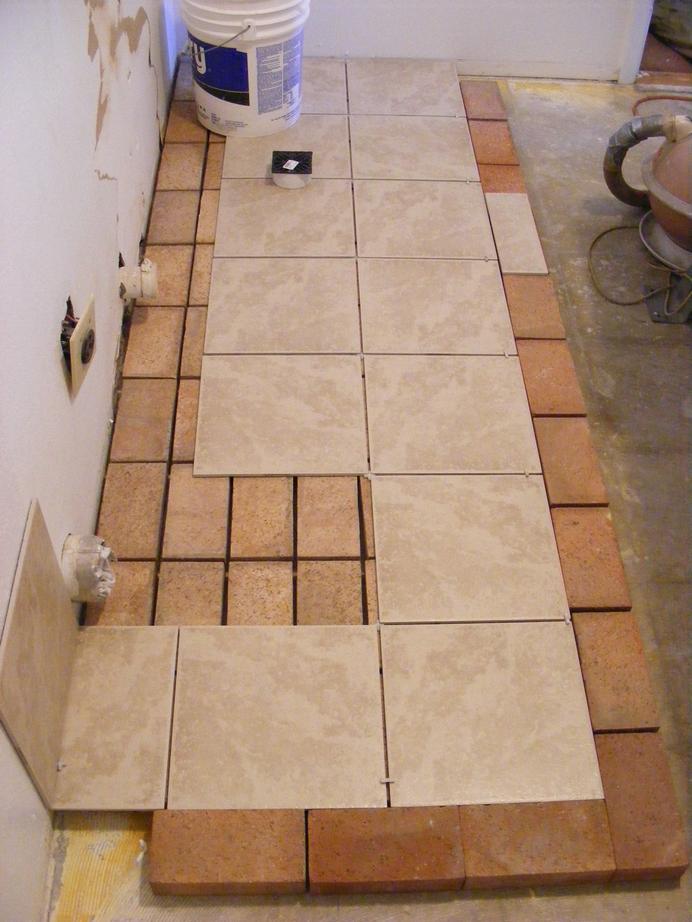 I wish I could say I had the design of the catch basin all figured out in my head from the start. The fact was that I spent a lot of time moving pavers about trying to get some idea how best to lay out the pavers. I wanted to lay out the pavers so the tiles could be easily set. I tried a number of layouts before I decided on the final layout. In part I was just being careful. In reality I was just postponing the heavy work ahead. Even after all the care I had taken I almost positioned the drain in the middle of a tile. I needed a small adjustment to get the drain aligned with a tile edge and between the paver columns.

I took a trip to the local Tucson Lowe's to measure the deepest washer and dryer that they had. I found that the deepest washer was a little over 27 inches. A sewer cleanout pipe on the wall extended three inches. I decided that the catch basin would be 32 inches deep. This would allow for a larger washer and dryer with four to five inches in the back for dryer vent hoses, washer hoses and washer drain pipes.

The width of the catch basin was determined by measuring the water heater and research the washer and dryer widths on the Internet. I found that almost all washer and dryers were 27 inches wide. After adding up the numbers I found that they were close enough to seven feet that I would use seven 12x12 inch tiles to cover the width of the catch basin. You have to allow for the 3/16 grout joints. I simply laid out the seven tiles separated by the 3/16 inch spacers to determine the left edge of the basin where the slightly larger perimeter pavers would go.

I had everything that I needed to set the pavers in place. I considered going out 36 inches plus the spacer widths for the depth but when I laid out the pavers the extra four inches made a big difference. The catch basin would stick out too far into the utility room. This meant that I would have to cut four inches off of the seven tiles against the wall, but what were seven more cuts? I knew that I would be making more than 100 cuts.

I needed to decide next where the drain would go. Somewhere under the washer made the most sense. I chose a place between two columns of pavers and on the edge of one of the tiles. This way I didn't have to cut the pavers. I could also easily cut the tile. Cutting a square from the edge of the tile is simple compared to trying to cut a square out of the middle of a ceramic tile. There is one more important consideration. The drain has to be placed so that it will not intersect with something important in the wall - like a washer drain or copper supply lines. Your day can be ruined very quickly if you cut into a wall and water comes rushing out.

As the pictures show, I had to cut the corners of four pavers where the drain would go. This was the only cutting I needed for the pavers. The three rows of paver in front of the drain were staggered to span the extra distance that needed for the drain pipe. This left a slightly larger gap between the pavers in the first three rows but I didn't consider this a problem. I was going to use tile-set to cover the pavers, drainpipe and fill in the gaps between the pavers.