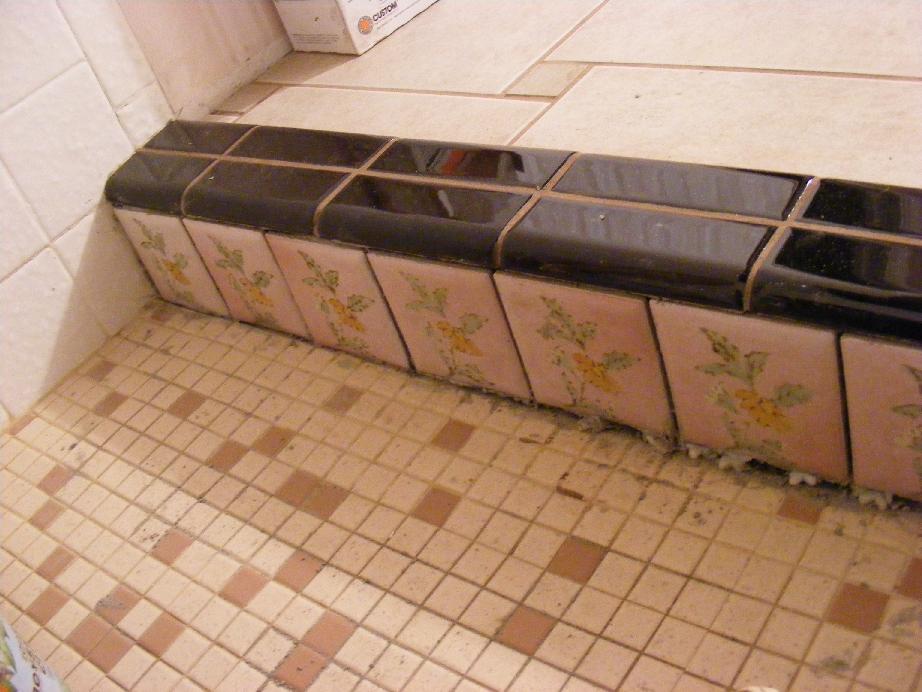 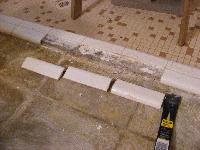 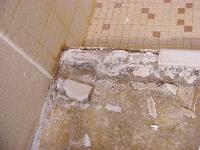 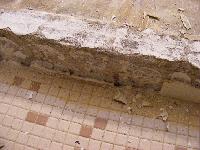 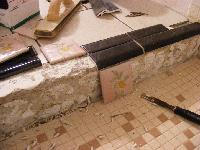 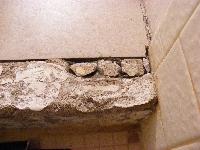 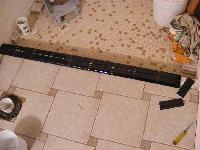 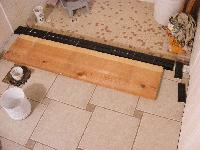 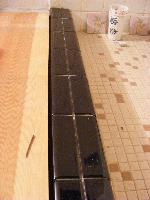 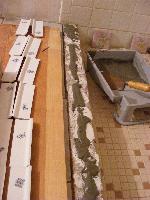 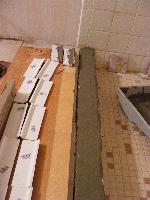 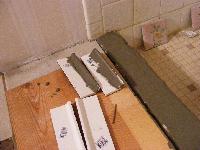 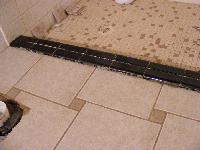 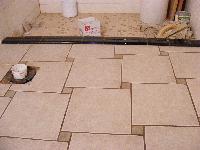 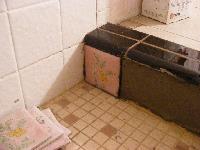 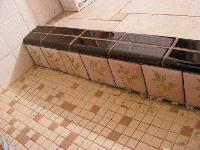 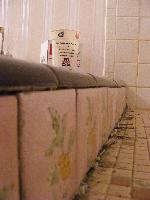 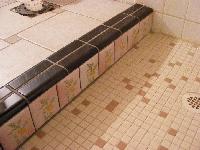 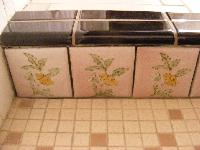 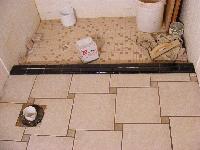 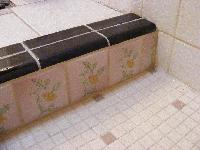 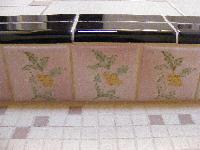 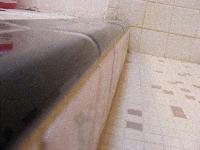 One of the tiles on my shower stepover was cracked. In addition, most of the 4x4 inch tiles on the shower side of the stepover were cracked and had to be replaced. I decided to remove all of the 2x6 mudcap and 4x4 tiles. Removing the mudcap tiles was easier than I thought that it would be. I used a Stanley demolition Wonder Bar and tapped away at the tiles, moving the bar as I tapped to dislodge the tiles. What really surprised me was how many of the tiles came up in one piece.

I wasn't sure what I would find under the tiles. What I did find was some type of cement mixture that had been built up on top of the concrete slab.

Removing the 4x4 inch tiles on the sunken shower side was a lot more difficult. The tiles came off fairly easily but they had been placed below the shower floor level. That part of the tile had to be chiseled out 1/8th of an inch at a time with a narrow head regular screwdriver. That was a project in itself.

Once the tiles were off, it was time to put the new tiles on. I started with the mudcaps. I wanted a bold look in the bathroom and the only tile that fit the bill was some 2x6 inch black Daltile tiles that I found at Home Depot. I used a board to help place the tiles in a straight line. I added tile set to the top of the stepover base and on the curved mudcap underside of the tiles. I made the mistake of adding the mud to all of the tiles in advance. The porous tiles soaked up the water and dried out the mud too fast. The mud on the stepover base was fine. I had to remove the mud on the tiles and add mud just before I put them in place. Finish nails were used as spacers. I then grouted the tiles.

I had some fancy deco tiles that I had purchased at a yard sale years ago. I thought this would be the perfect project to use them. They were slightly smaller than the 4x4 tiles that I was replacing. This turned out to be a good thing since I could set the tiles flush with the existing shower floor. I filled in the groove that the old tiles had set in with grout before setting the new tile.

I put tile set mud on the inside of the stepover and set the tiles in place. Some tiles could be set directly on the new grout but shower floors are sloped - at least mine was at the floor side. I used finish nails to raise the tiles. I placed the nail head side under some tiles that needed a little extra lift. Later I discovered that they could not be pulled out! Oops. I was able to move the nails to the edge of the tile and the space between the tile and the nails could be removed. A finish nail was also used when setting a new tile in place. I ran the nail up and down the space between the two tiles to get the right spacing.

After adding some nice Sahara Tan grout, the finished project looked professional and very unique. As you will see if you take a look at the vanity restoration page, I coordinated the tiles in the shower with tiles on the kickboard of the vanity.