Replace Cracked Tiles in Your Bath or Shower 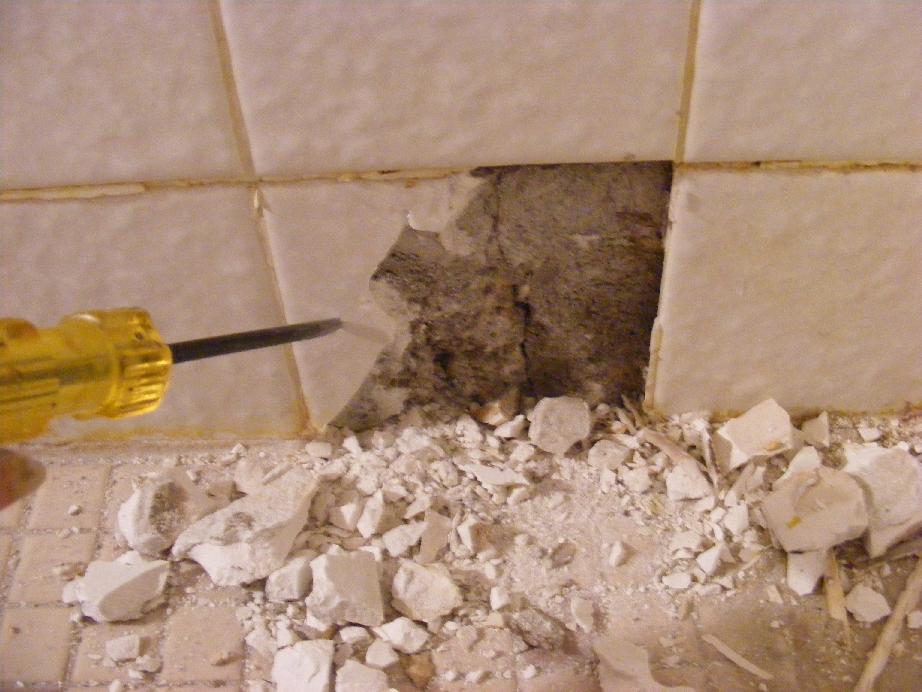 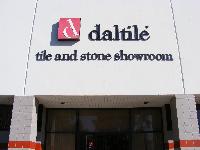 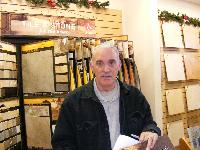 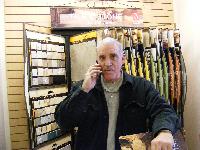 This is a picture of the nice gentleman, Bill, who gave me several replacement tiles that I needed to replace the cracked ones in the shower. I had visited five stores before I was pointed to Daltile just off South Palo Verde in the Butterfield Business Park on Coach Road in Tucson. If you have a tract home and need replacement tiles, stop or call here first. This is only a showroom for their products but they can tell you where you can buy their tile products. 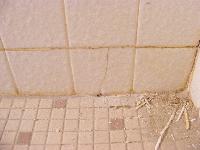 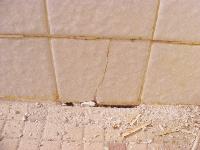 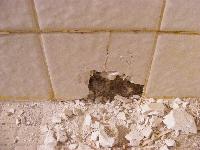 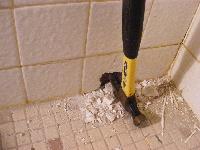 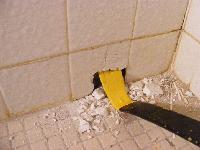 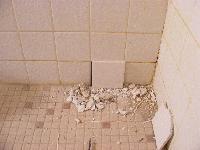 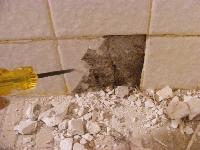 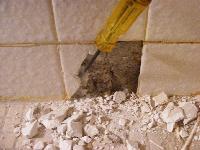 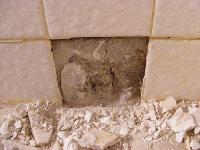 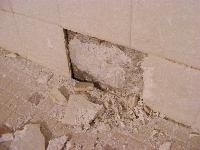 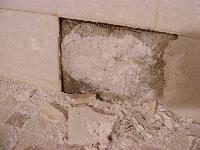 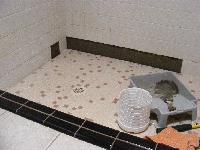 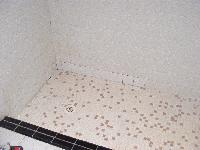 I tried to remove some cracked shower tiles with a claw hammer and a demolition bar but found it a poor tool for prying the tiles loose. The hardest tile to remove is the first one. I found that a narrow regular screwdriver is the best tool for the job. You can use an old Phillips head screwdriver to make a small hole in the first tile. Then use a regular screwdriver to dislodge small pieces around the hole. When you have removed enough of the tile, use the thin regular screwdriver between the wall and the tile. Tap different sections of the tile to dislodge larger sections of tile. Be careful of course around the good tiles and wear safety glasses. Small pieces of tile can fly several feet from your work and the pieces can be sharp.

After the tiles were removed I added a thin coat of tile set to create a flat surface to set the new tiles. I placed a new tile into the space to verify the depth. It should be deep enough so that the new tile is slightly recessed relative to the surrounding existing tile to allow for the final layer of tile set.

I did make the mistake of starting at the corner with the cut tile and working toward the middle. I found when I got to the middle of the shower that the two remaining tiles were larger than the remaining space. Either the new tiles were slightly larger than the old ones, the lugs were larger, or I had not placed the new tiles snug next to their neighbors. I should have started at the middle and worked toward the one piece that had to be cut. It was easy enough to fix. I cut a small sliver off of the last two new tiles and they fit perfectly into place.

The prep work is by far the longest part of replacing the cracked tiles. Take the time to do the prep work correctly and setting and grouting the new tiles will be easy to complete and your tile replacement project will be a success.